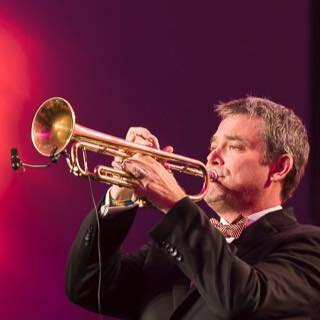 Virtuoso trumpeter Ryan Anthony is most notably known for his varied career as soloist, educator, chamber musician and orchestral player.

Widely known for his performances as a member of Canadian Brass and his role as principal trumpet of the Dallas Symphony Orchestra, he died on June 23, 2020, after an eight-year battle with cancer.

Ryan began playing the trumpet at age of seven. A child prodigy, while still in high school Ryan was honoured as a Presidential Scholar; Ryan Anthony’s solo career started when at the age of sixteen - he won the highly publicized Seventeen Magazine/General Motors Concerto Competition – the second person ever to win the Grand Prize after Joshua Bell.

After receiving a multiple myeloma diagnosis in 2012, Ryan founded the Ryan Anthony Foundation, a 501(c)(3) nonprofit organization dedicated to promoting cancer research via a music concert series called "CancerBlows." The foundation strives to keep expenses to a minimum and is managed by a talented team of volunteers so that most of money given is used for its true purpose – to improve cancer treatment outcomes and ultimately find a cure.

The Multiple Myeloma Research Foundation named Ryan as the 2016 "Spirit of Hope" and later awarded him the "Courage and Commitment" award in October 2017 to recognize the success of CancerBlows and Anthony's personal work with patients.

On October 8, 2020, the International Trumpet Guild announced the renaming of the annual ITG Conference Competitions as "The Ryan Anthony Memorial Trumpet Competition."