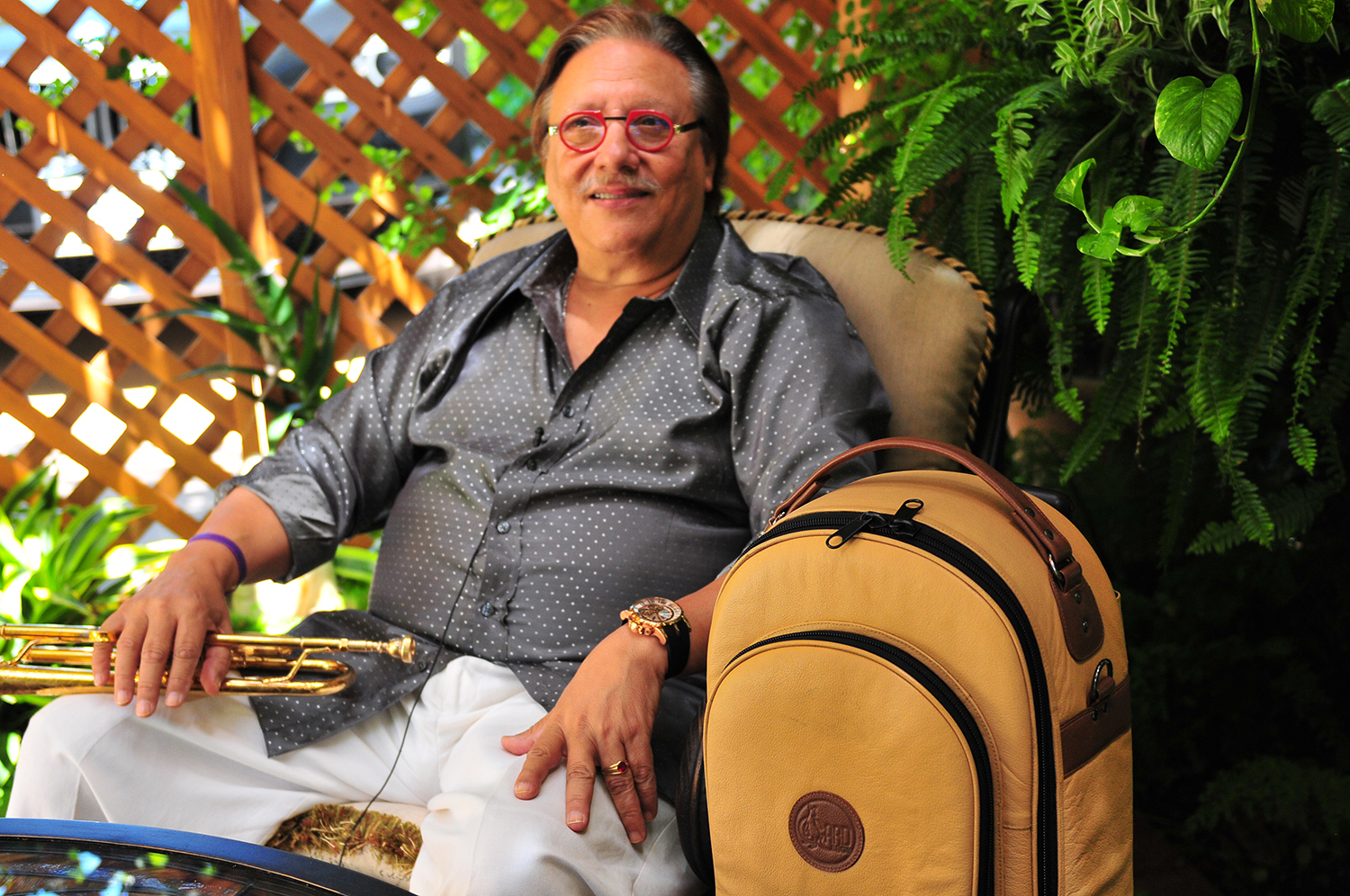 A  protégé of the legendary jazz master Dizzy Gillespie, Arturo Sandoval was born in Artemisa, a small town in the outskirts of Havana, Cuba, on November 6, 1949,  just two years after Gillespie became the first musician to bring Latin influences into American Jazz. Sandoval began studying classical trumpet at the age of twelve, but it didn’t take him long to catch the excitement of the jazz world.

He has since evolved into one of the world’s most acknowledged guardians of jazz trumpet and flugel horn, as well as a renowned classical artist, pianist and composer.

He is one of the most dynamic and vivacious live performers of our time, and has been seen by millions at the Oscars performing with Celine Dion, at the Grammy Awards with Justin Timberlake and in his own right as a leader. He also performed at the Billboard Awards with Alicia Keys.

Sandoval has been awarded 9 Grammy Awards, and nominated 17 times; he has also received 6 Billboard Awards and an Emmy Award. The latter for his composing work on the  entire underscore of the HBO movie based on his life, “For Love or Country” starring  Andy Garcia.  His two latest Grammy award winning albums, “Dear Diz  “Everyday I think of you” and Tango “Como  Yo Te Siento” are now available worldwide. Soon to be released, is a new  book chronicling his relationship with Dizzy Gillespie entitled “The Man Who  Saved Me”.

Sandoval was a founding member of the Grammy Award-winning group Irakere, whose  explosive mixture of jazz, classical, rock and traditional Cuban music caused a  sensation throughout the entertainment world.  In 1981, he left Irakere to form his own band, which garnered enthusiastic praise from critics and audiences all over the world, and continues to do so.

He is also a renowned classical musician, performing regularly with the leading symphony orchestras from around the world. Arturo has composed his own  “Concerto for Trumpet & Orchestra”, which can be heard on “Arturo Sandoval:  “The Classical Album.”  Arturo has performed with the foremost orchestras  in the country as well as abroad and recorded John Williams’ Trumpet Concerto  with the London Symphony Orchestra. His classical artistry has earned him the  respect and admiration from the most prestigious conductors, composers and  symphony orchestras worldwide.

Arturo  Sandoval’s versatility can be heard on recordings with everyone from Dizzy  Gillespie, Woody Herman, Woody Shaw, Michel Legrand, Bill Conti, and Stan Getz  to Johnny Mathis, Frank Sinatra, Paul Anka, Rod Stewart and Alicia Keys amongst  many others.  He has performed with John Williams with the Boston Pops,  and in the Super bowl with Tony Bennet and Patti LaBelle.
His  compositions can also be heard on Dave Grusin’s soundtrack for “Havana” and  “Random Heart”, in the “Mambo Kings” soundtrack with his Grammy nominated  composition “Mambo Caliente”, in the soundtrack of “The Perez Family”, “61”,  “Mr. Wrong”, the documentary “Oscar”, and “The Family Fuentes” among of others.  He also was commissioned by the Kennedy Center to compose the music for the  ballet “Pepito’s Story”, “Soul Possessed”, as well as “Oman O Men”, and “The  Chocolate Hot Nutcracker, choreographed by Debbie Allen.  And as mentioned  above, he was awarded an Emmy for his composing work on the entire underscore of the HBO movie based on his life, “For Love or Country” starring Andy Garcia.

Arturo Sandoval reaches beyond the scope of mere effort.  His struggles while in Cuba and since his defection have given him more energy and strength, urging  him to accomplish and surpass his childhood dreams. Filled with a virtuoso  capability, he desires nothing more than to share his gift with others who feel  the same intense adoration for music as he does. One frequently speaks of Arturo Sandoval’s virtuoso technical ability or his specialty in high notes,  but he who has seen him on the piano, lyrically improvising a ballad, or has  had the opportunity to enjoy the diversity of his music, through his  compositions from the most straight ahead jazz, Latin jazz or classical, knows that Arturo Sandoval is a prominent musician.

In our words, Arturo is one of the most brilliant, multifaceted and renowned musicians of our time. 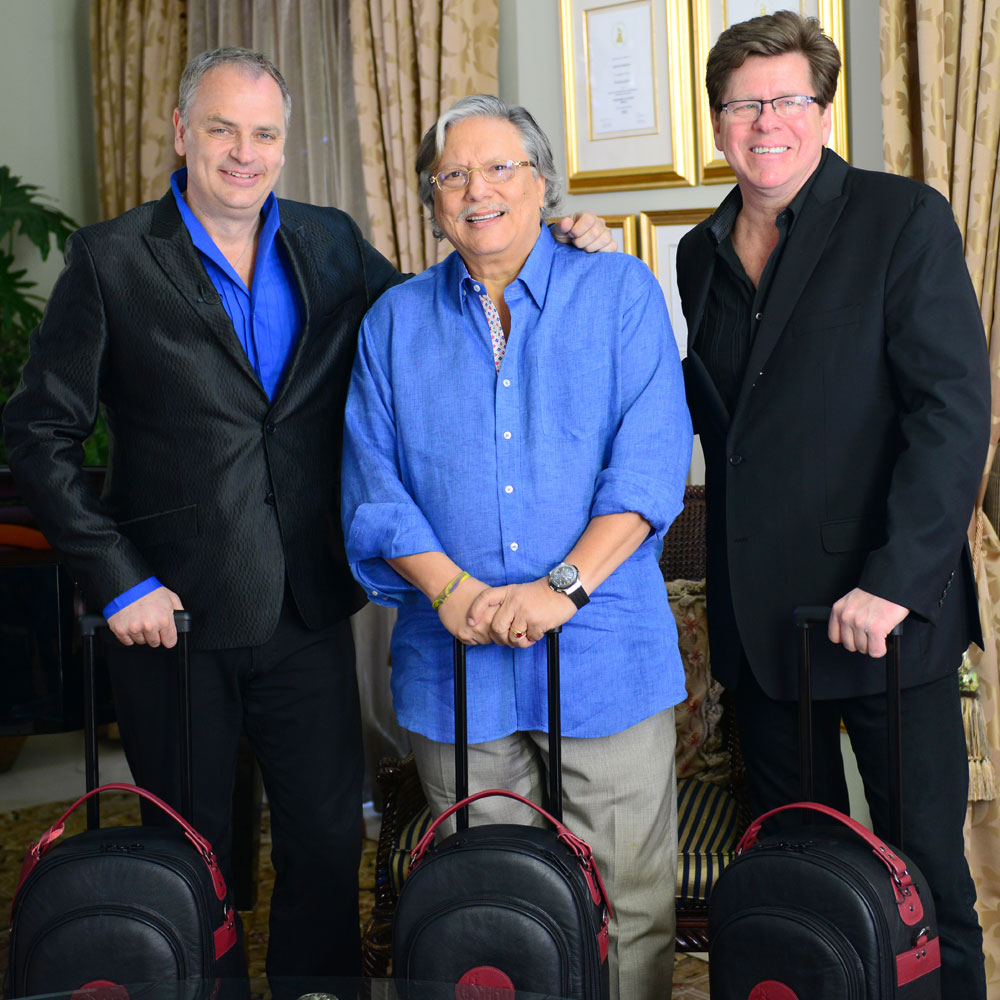 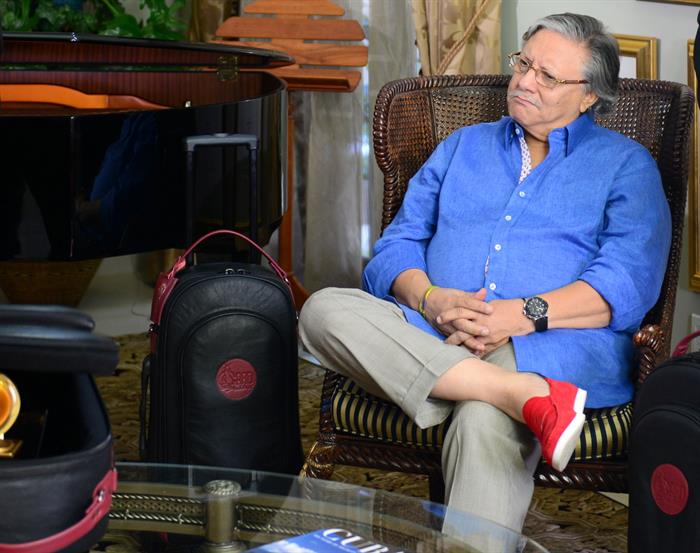 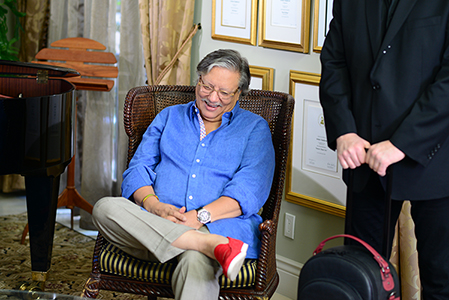 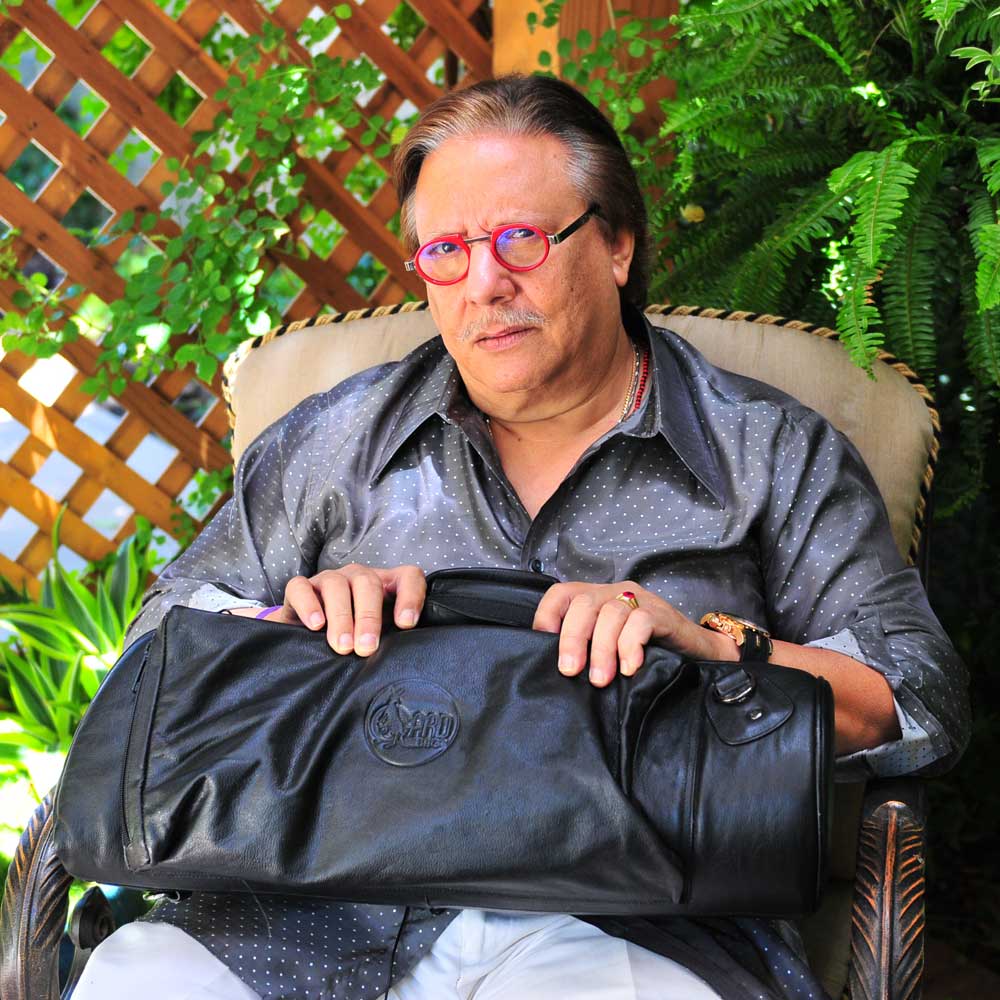