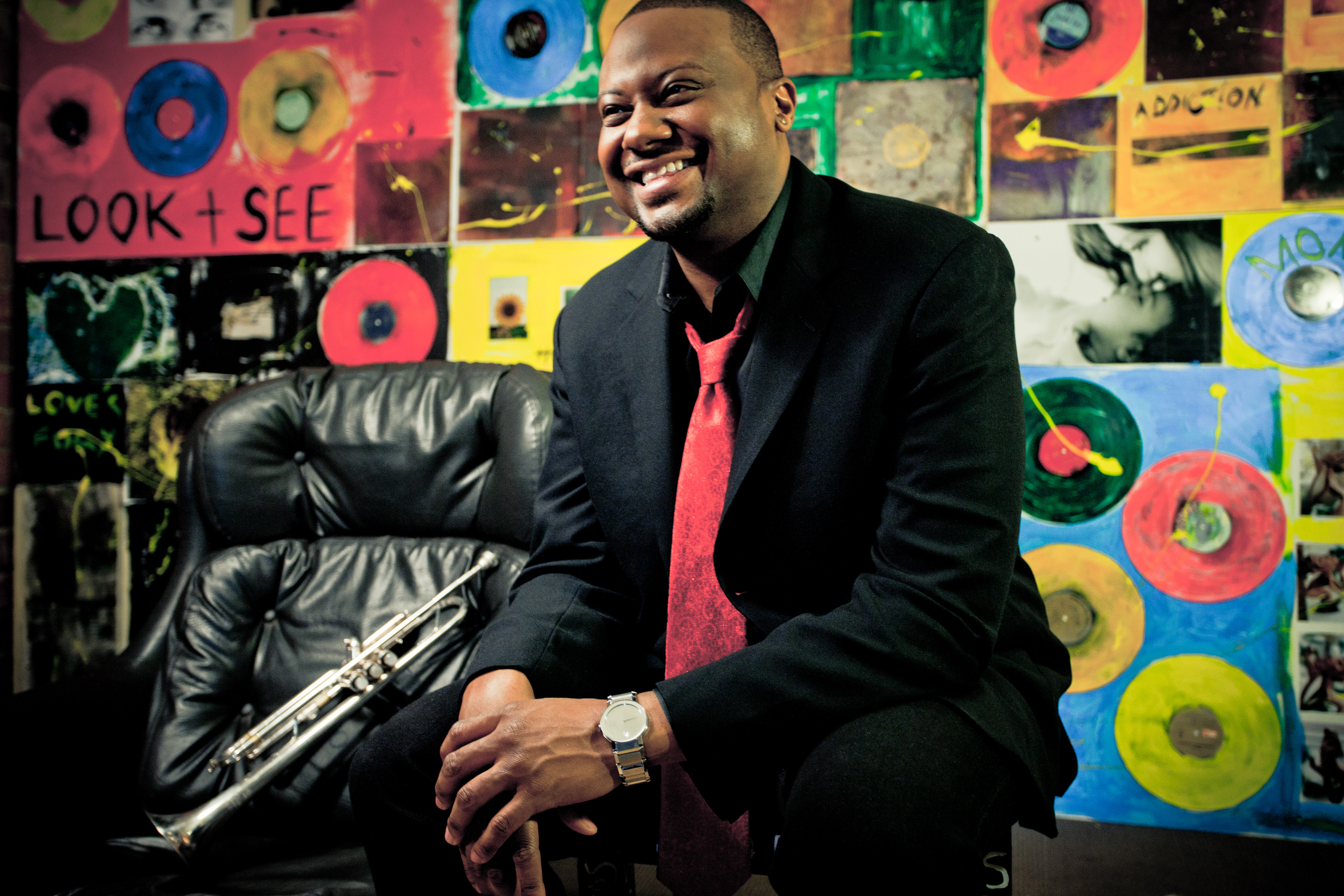 Music and spirituality have always been fully intertwined in the artistic vision of trumpeter, composer, educator and activist Sean Jones. Singing and performing as a child with the church choir in his hometown of Warren, Ohio, Sean switched from the drums to the trumpet upon his first exposure to Miles Davis at the age of 10. Twenty-five years later, he still cites Miles’ overall artistic vision and purity of sound as his greatest personal influence.

But it was another immortal visionary who had a most profound impact when Sean was a 19-year old student at Youngstown State University – the magnificent John Coltrane through his masterpiece, A Love Supreme – “All at once, everything just came together for me. My past, my present, my future. I knew the course I needed to pursue.” Already exhibiting a superb control of the instrument through his private studies with master trumpeter and educator Esotto Pellegrini and his intensive listening to his other primary influences, Woody Shaw Freddie Hubbard and Clifford Brown, the young trumpeter committed himself to artistic excellence the pursuit of transcendence.

Five years later, after receiving his Master’s Degree from Rutgers University, Sean had a 6-month stint with the Lincoln Center Jazz Orchestra. This marked the beginning of a relationship with Wynton Marsalis, whose personal work ethic and ability to break barriers had already made a significant impact on the emerging artist. Wynton offered Sean a permanent position as lead trumpeter and Jones remained there until 2010.

A highly respected and in-demand musician even while at Rutgers, Sean was prominently featured with a number of artists, recording and/or performing with many major figures, including Illinois Jacquet, Jimmy Heath, Frank Foster, Nancy Wilson, Dianne Reeves, Gerald Wilson and Marcus Miller. The relationship with Miller led to another highly impacting experience when Sean was selected by Miller, Herbie Hancock and Wayne Shorter for their Tribute to Miles tour in 2011.

The trust and support of those giants led Sean to a decision to focus on performing with his own ensembles. Already touring and performing regularly with his own groups while at Lincoln Center, Sean also began his longtime relationship with Mack Avenue Records, for whom he has just released his seventh recording: im.pro.vise = never before seen. He’s currently performing with the quartet on his latest CD, who have been working together since 2007 – with pianist Orrin Evans, bassist Luques Curtis and drummer Obed Calvaire. But Sean is also looking toward projects with new and larger ensembles, including orchestras. In addition, he’s planning on more forays into the world of Western classical music, while working on solidifying his pedagogy and increasing his lecturing and writing activities.

Heavily involved in education, Sean has recently joined the Berklee College of Music’s distinguished faculty as the Chair of the Brass Department. He has also taught at Duquesne University in his adopted hometown of Pittsburgh and at the Oberlin Conservatory of Music, while regularly offering master classes and clinics all around the world. In addition, Sean also serves as Artistic Director of both the Pittsburgh and Cleveland Jazz Orchestras and is working toward organizing the various Jazz orchestras all over the country. Sean is current Artist-in-Residence at San Francisco Performances and is a member of The SF JAZZ Collective.

Clearly a passionately committed, heavily focused and deeply spiritual man, Sean relies upon his serious study of philosophy – especially that of 13th century theologian and mystic Meister Eckhardt; and Don Miguel Ruiz, whose vision is drawn from the ancient wisdom of the Toltec native people of Southern Mexico – to fuel the pursuit of his expansive and generous vision. Sean currently lives in Boston with his wife Stacey. 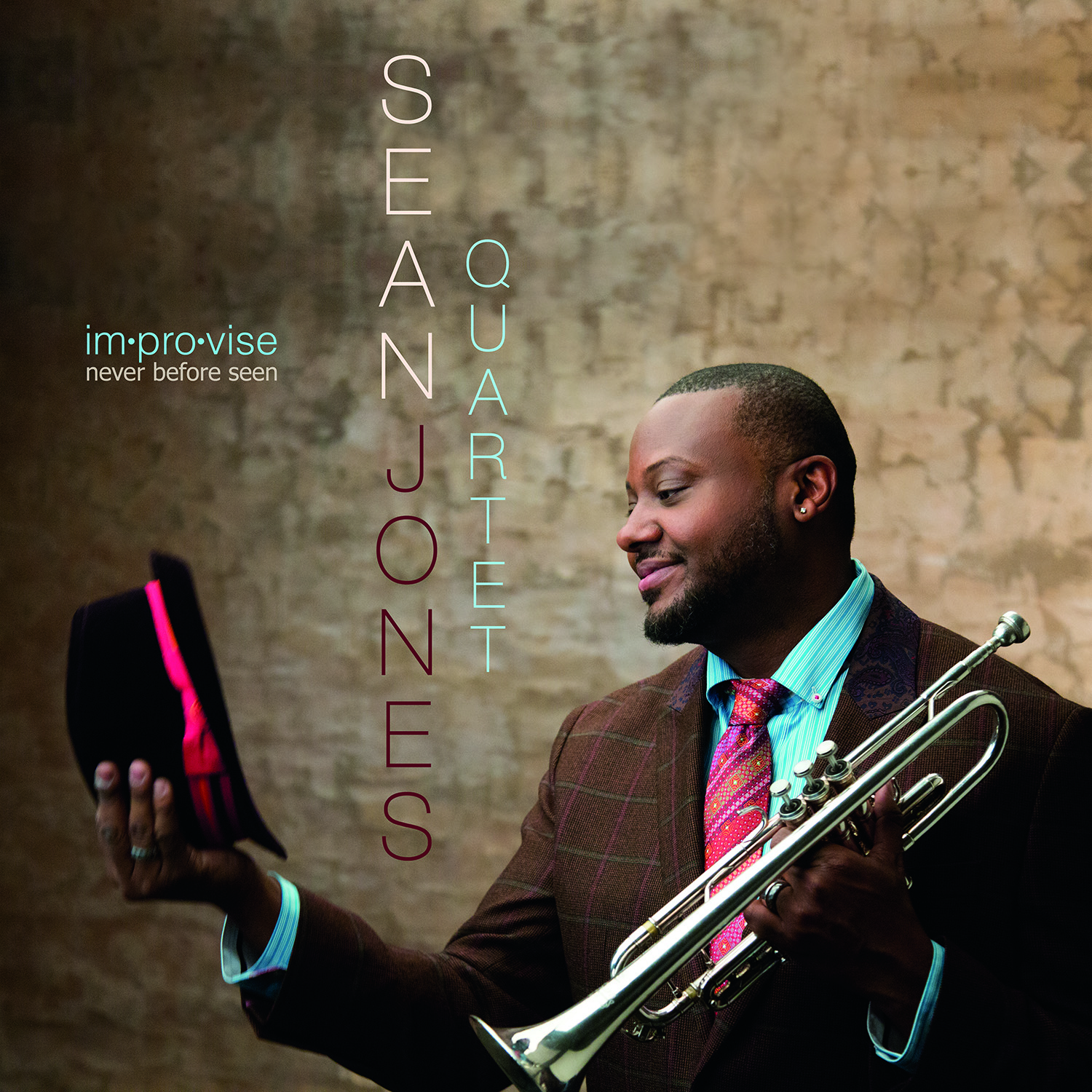 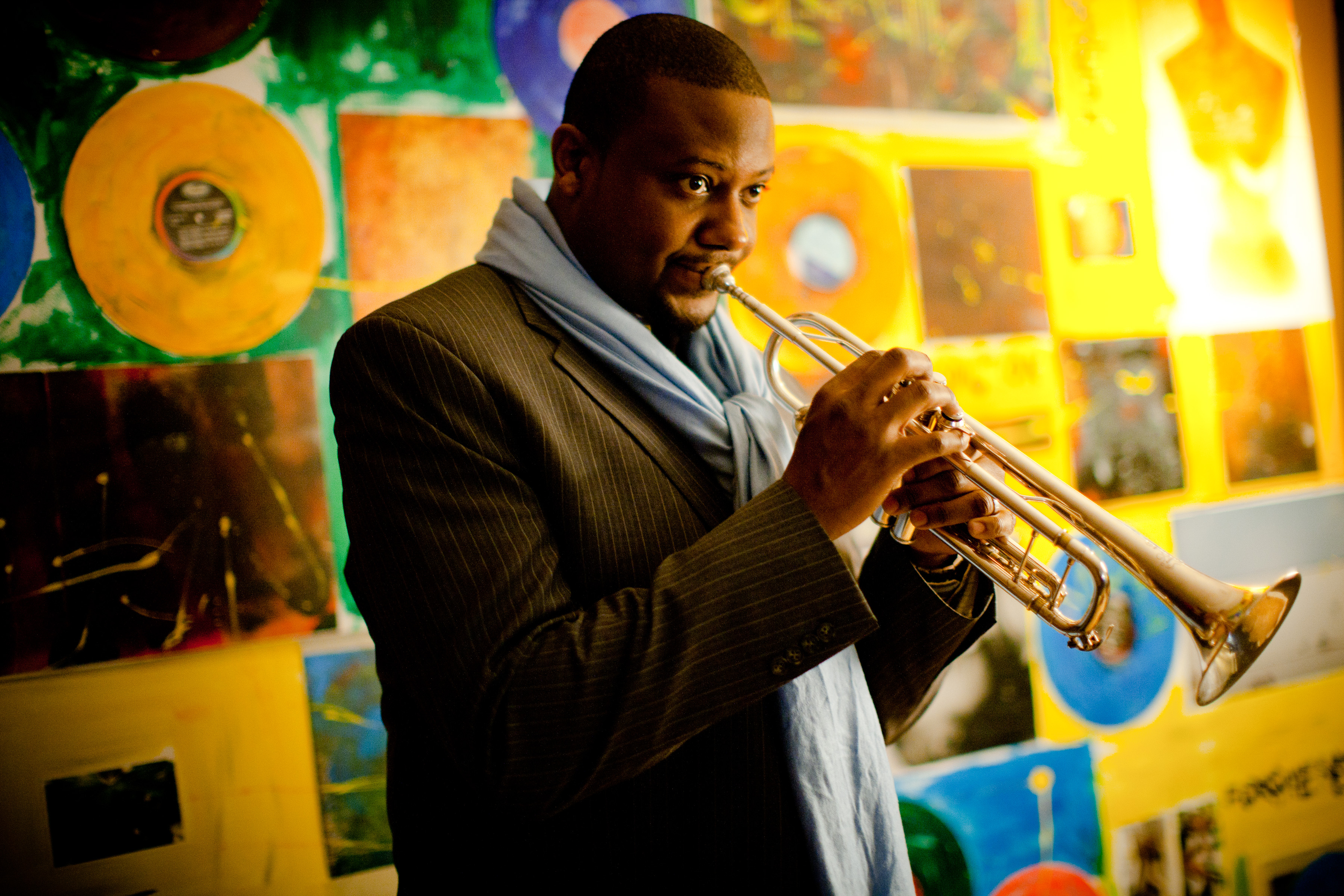 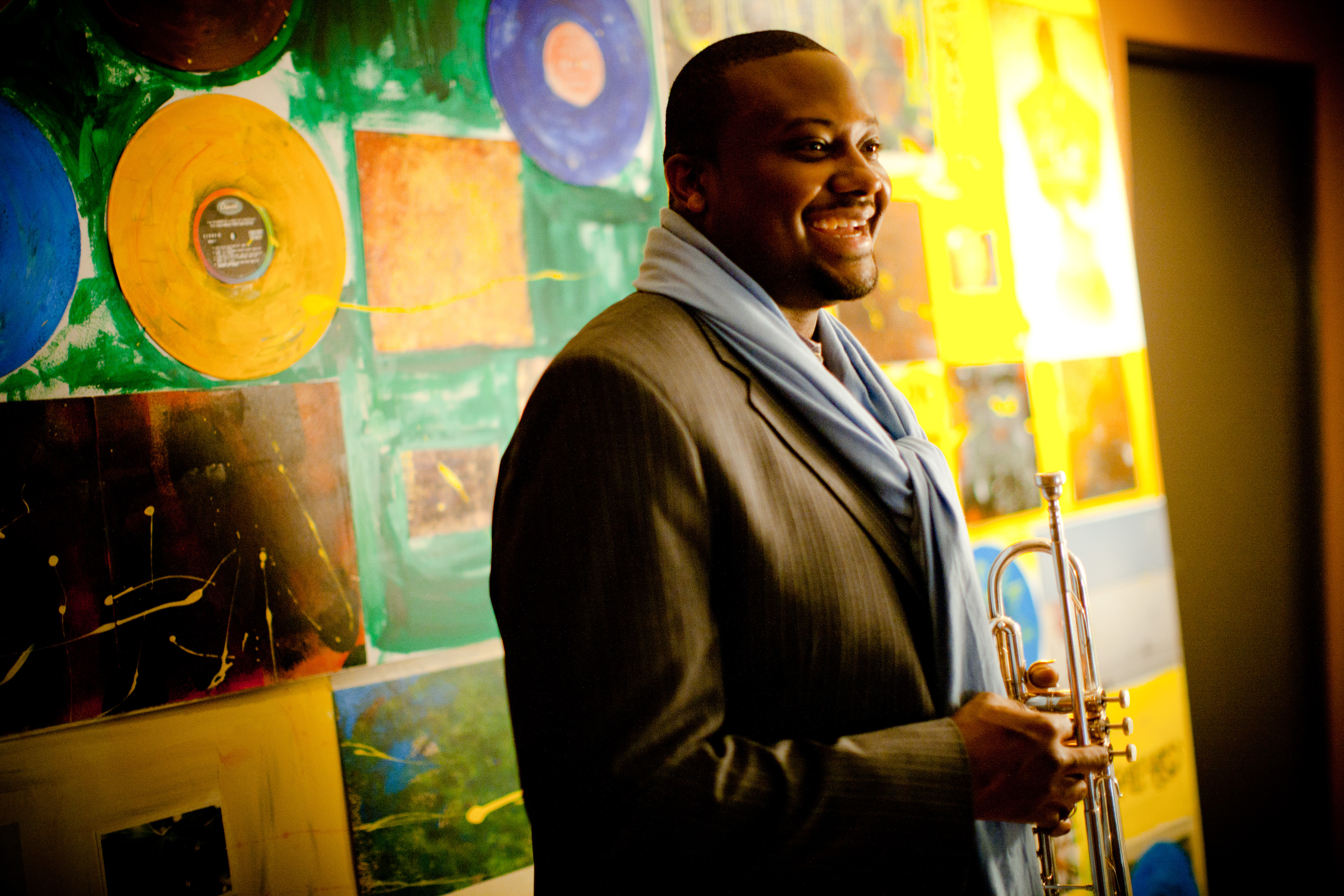 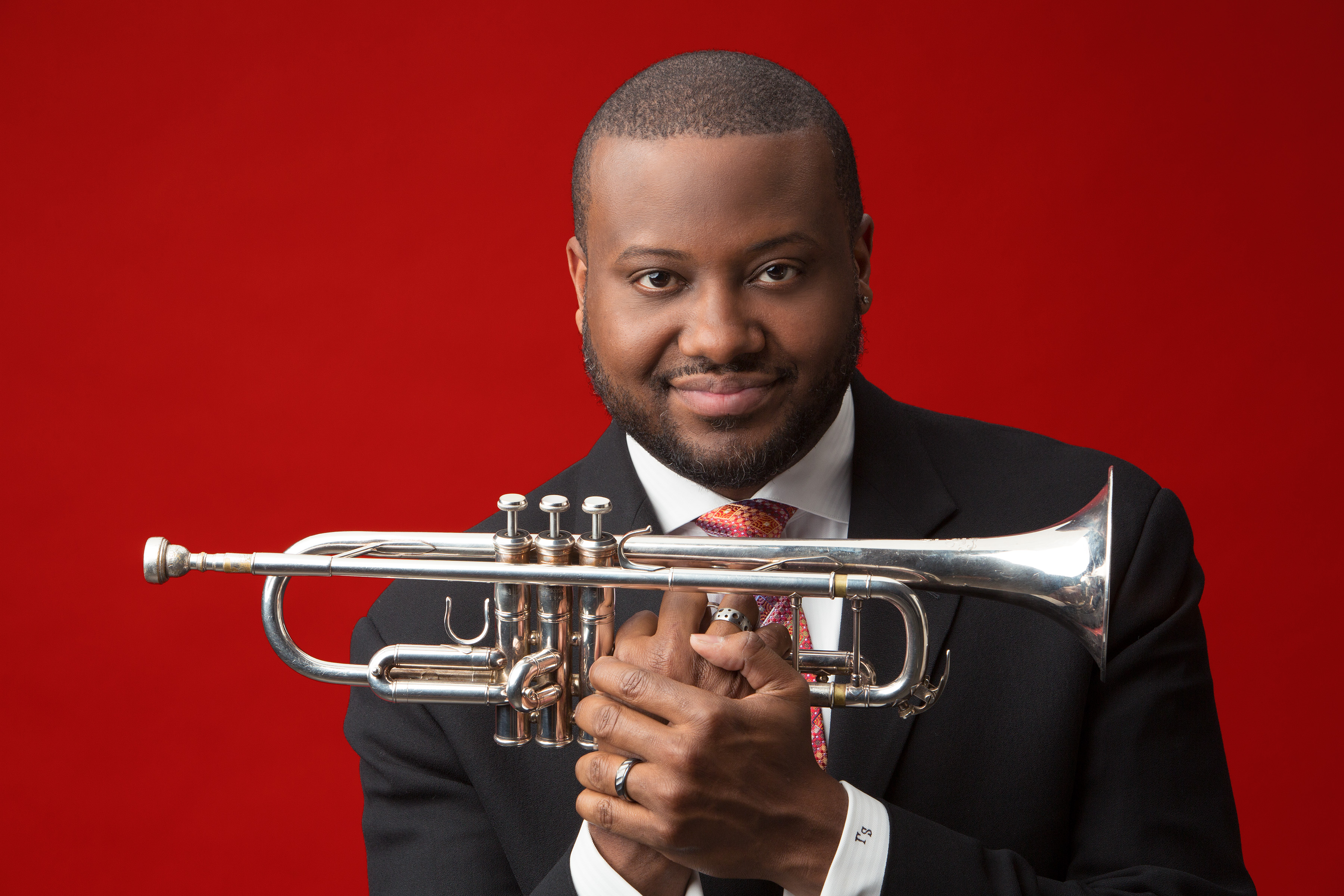 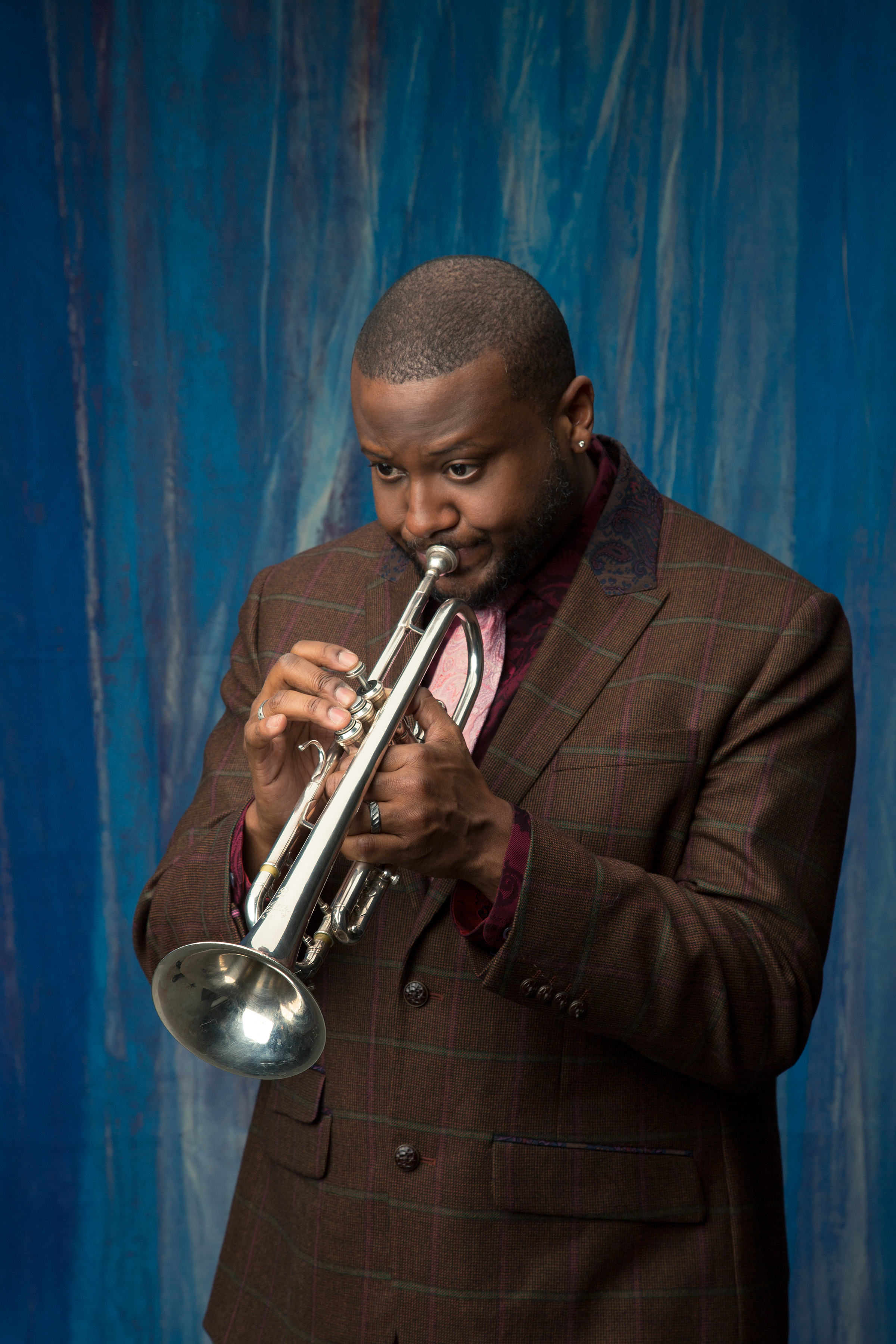 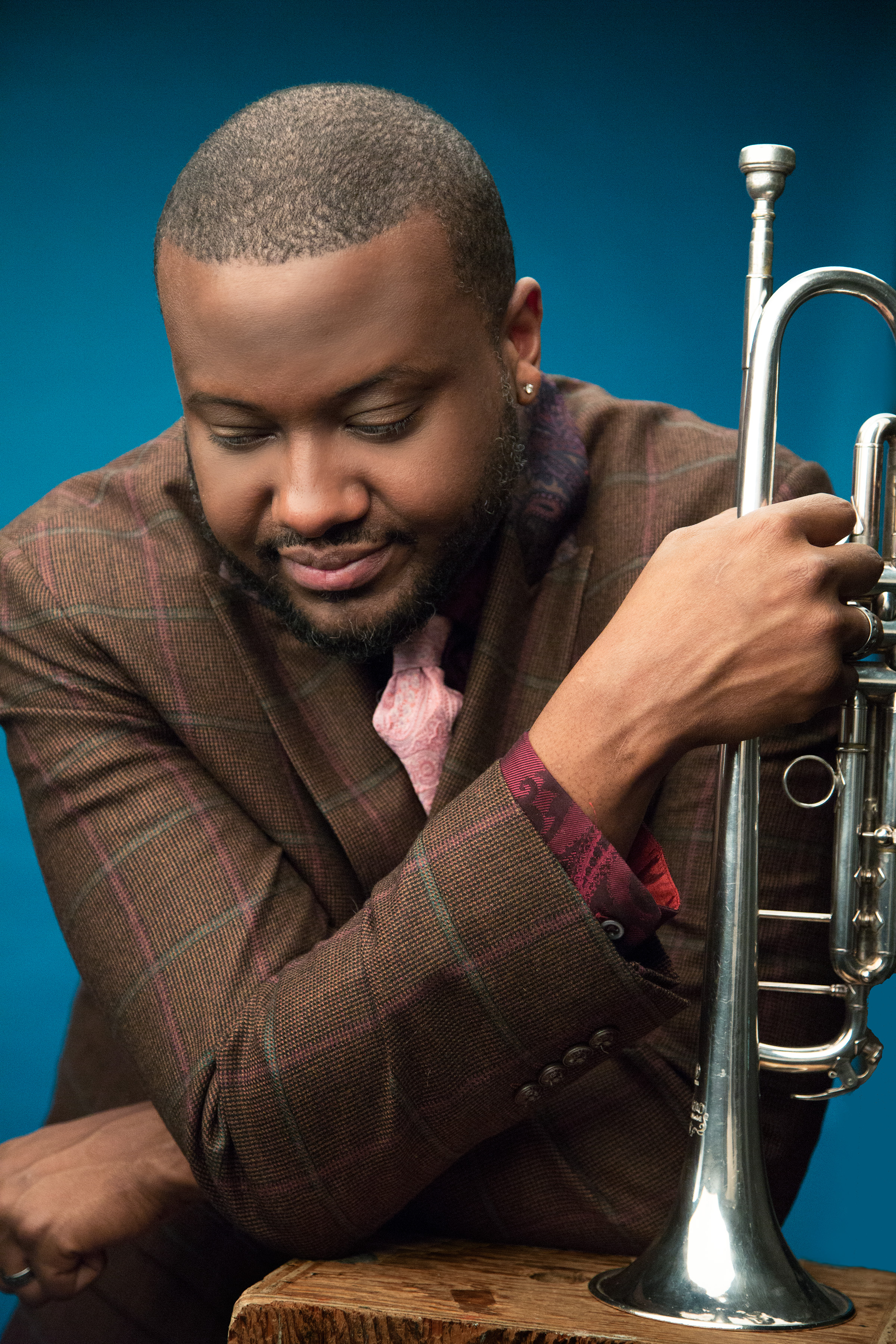 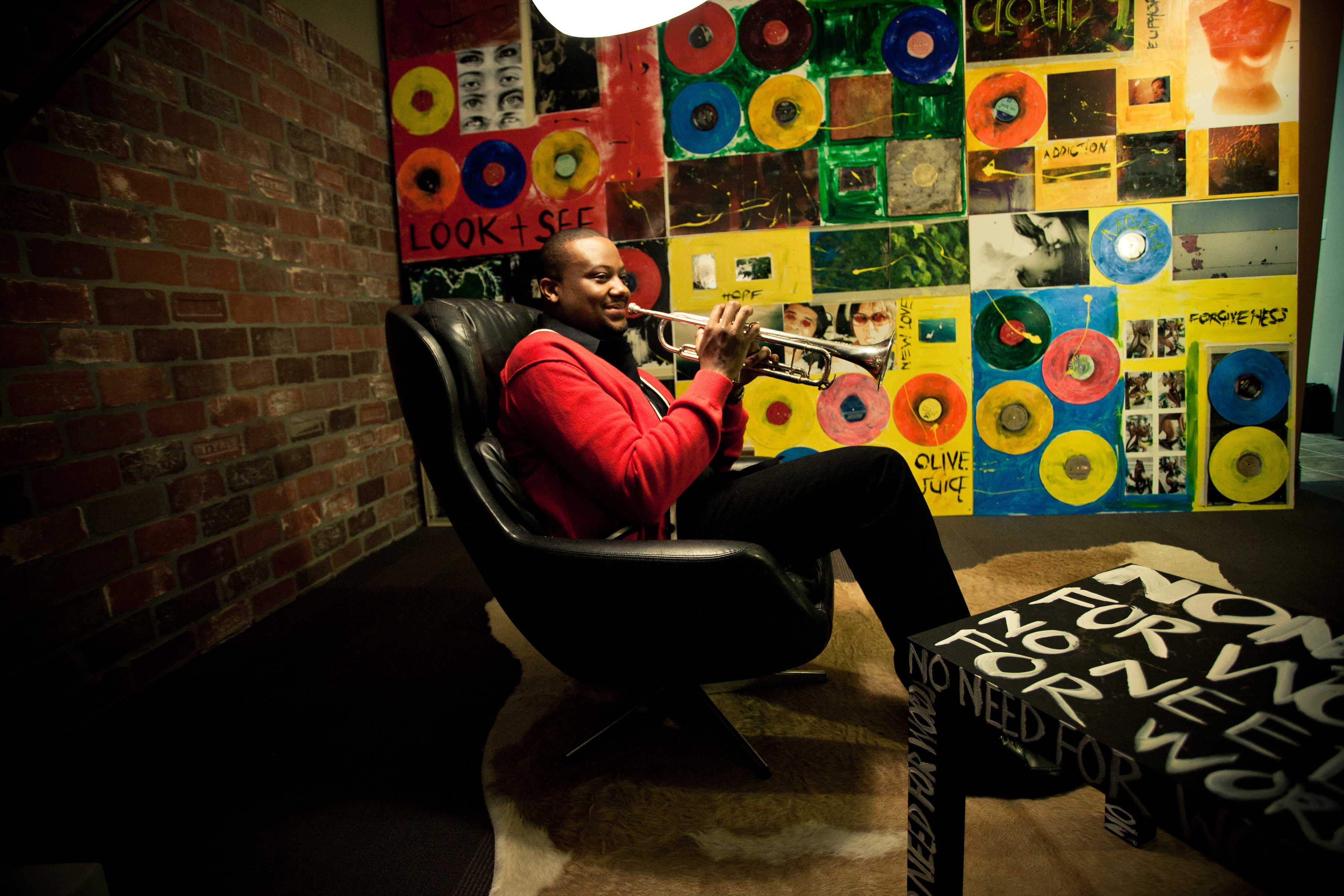